We've previously mentioned that we have a series of World of Morden books in development. Next week, we'll be launching the crowdfunding campaign to help fund the additional artwork that they require. The initial goal will fund Frost and Fang, a book focusing on Steppengrad and Valkenholm. Notably, that book is already written, and backers will receive a draft of it as soon as they pledge.

We'll then have further funding goals to create books focusing on Manreia and the Discordian Sea (already partly written) as well as one on Cairn Kainen and the Outlands. Its our hope that we can fund all three books, leading to a print compilation that includes all of these ebooks as well as the previously released Sand and Stone. Even if we don't fund all four, though, whatever we do fund will go into a print compilation, which will be available as a backer reward.

If the campaign does particularly well, we have some other ideas in mind as well, but we're going to wait to see what happens before we announce anything.

The campaign will launch on Kickstarter next Tuesday, January 5th, at Noon EST. We'll post the URL here and on our various social media feeds at that time. 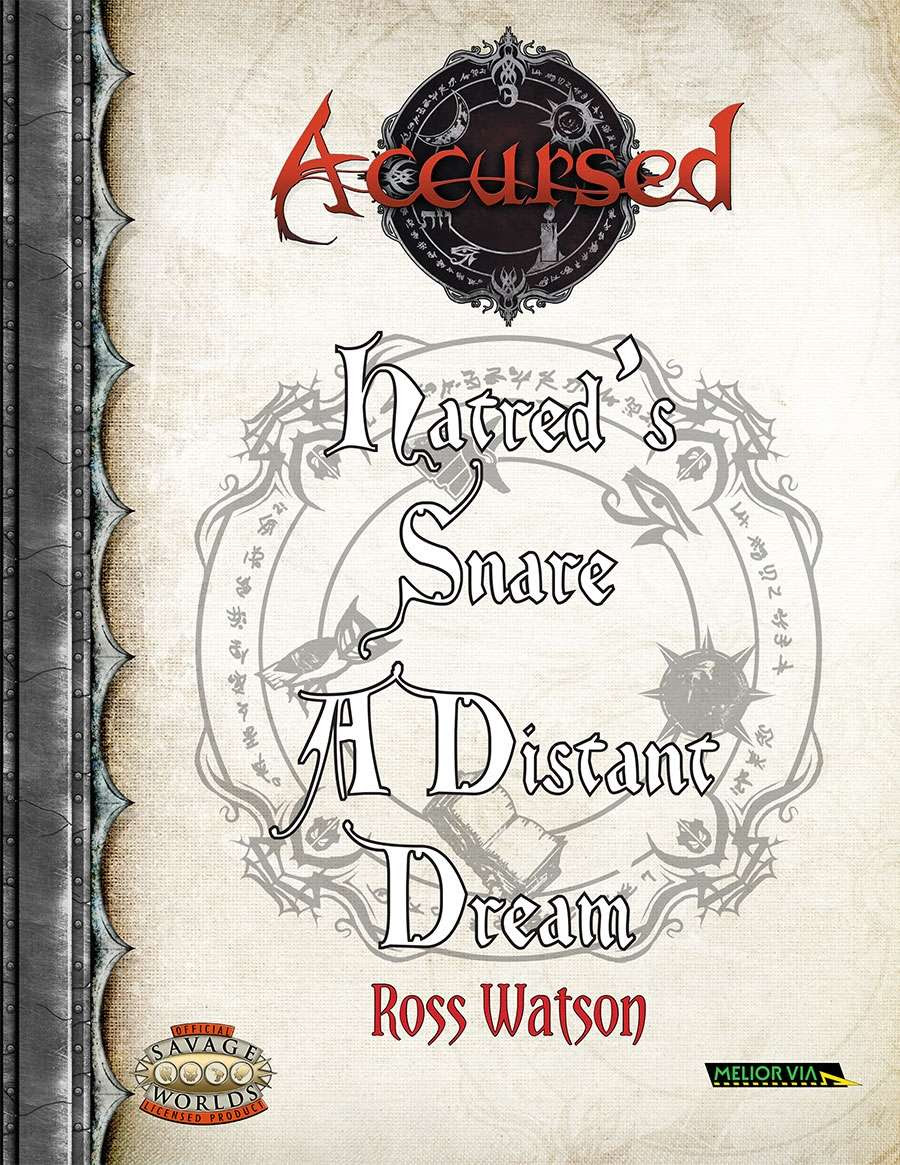 Just before the holidays hit in earnest, we released a two-pack of one sheet adventures, both penned by Lead Developer Ross Watson.

Hatred’s Snare
Gorge Wolves have the town of Yulotov, in Steppengrad, under siege. What has brough Baba Yaga's banes to the city? Can the Accursed defeat them, or can they find the root of the curse and elminate that instead?
A Distant Dream
A caravan leader's nightly visions of the Djinn have drawn the attention of Memnon. Are the dreams real? If so, should the Witchmarked help the dreamer to uncover the origins of these dreams or slay him, so that they cannot be fulfilled?

The pack of two is available for just $1 on DriveThruRPG!
Posted by John Dunn at 7:41 AM